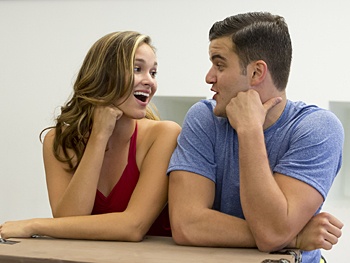 Welcome to The Houston Critic’s Previews page.  We put up previews as recommendations to the Houston audiences and choose those previews once the cultural season is underway.  We refresh the previews constantly.  This is also the place to find deals on tickets and event promotions, so don’t just look here in September and January when we refresh our season-long recommendations.

LOVE, LOSS AND WHAT I WORE HAS A LOT OF LAUGHS  — ONE WEEKEND LEFT!!!

They’re the top! Emma Stratton and Brian Krinsky have been cast as Reno Sweeney and Billy Crocker, respectively, in the upcoming national tour of Cole Poter’s Anything Goes. The show is set to begin performances October 14 in Houston before continuing to cities across the country.

Anything Goes features music and lyrics by Cole Porter, original book by P.G. Wodehouse & Guy Bolton and Howard Lindsay & Russel Crouse, and new book by Timothy Crouse and John Weidman. Porter’s roundup of nostalgic hits in the production include “You’re the Top,” “Friendship,” “I Get a Kick Out of You,” “It’s De-Lovely,” “Blow, Gabriel, Blow” and, of course, “Anything Goes.”