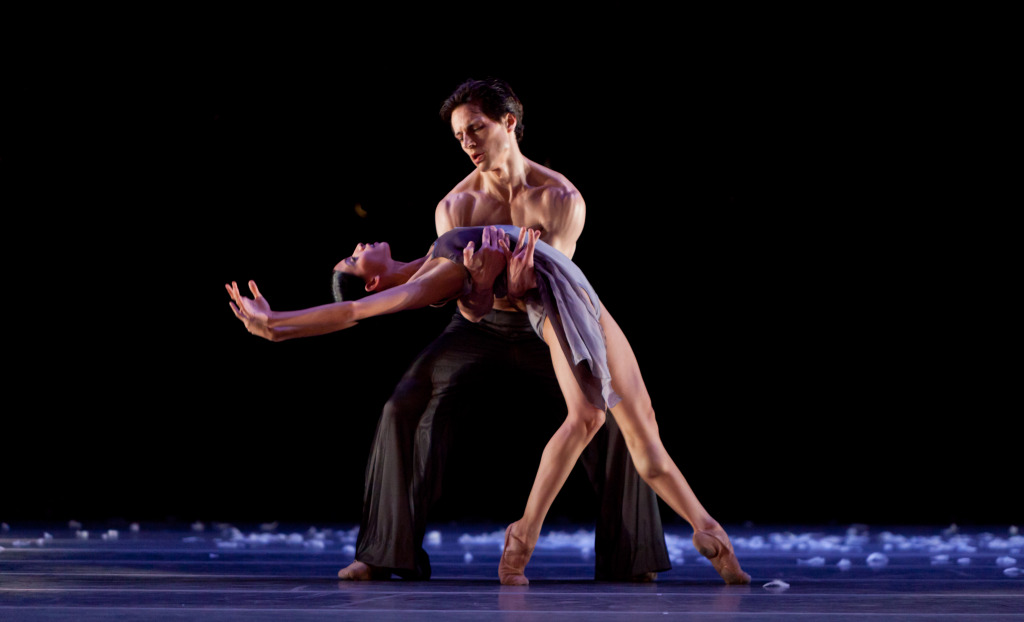 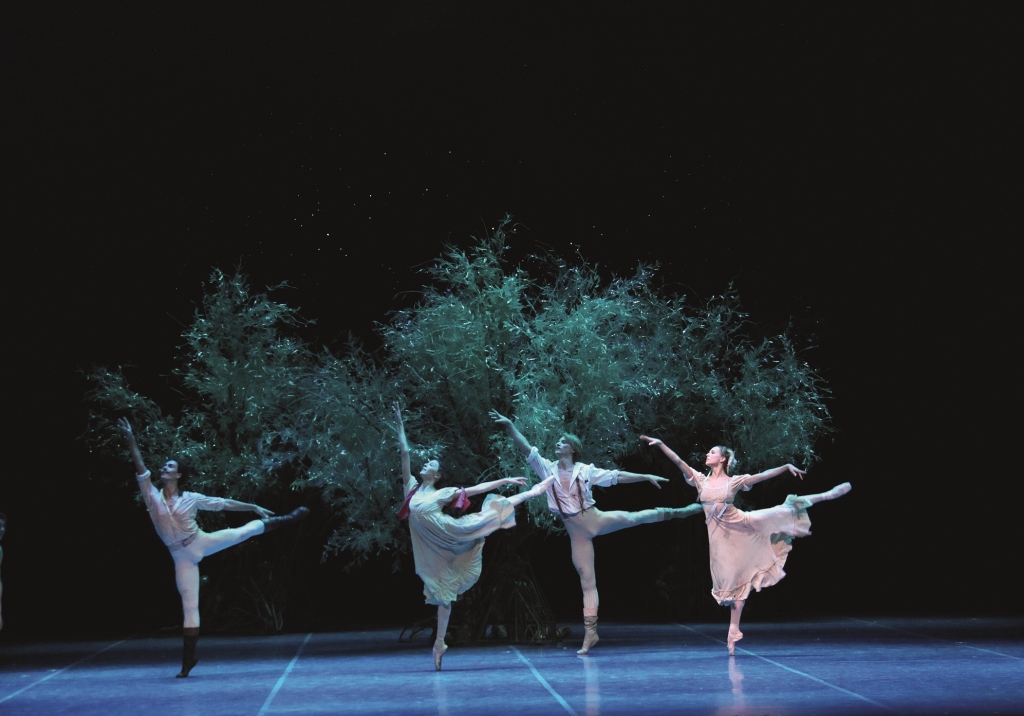 If the premiere of the opening season, A Midsummer’s Night Dream, is any indication, fans of the Houston Ballet have a great 2014-2015 season to look forward to. According to my program, this is the Houston Ballet’s year-long nod to the great Bard, who celebrates his 450th birthday this year. With a hip choreography, unexpected musical sequences and, as always, the fantastic coterie of Houston dancers, it was a creative and surprising delight. Despite the period costumes, this is not a Swan Lake or Giselle. There are fairy sequences that are beautifully strange, possibly frightening to a small child, and a standard dash of dance-comedy and sparsely frilled romance.

The ballet is based on the play of the same name and centers around a trio of lovers who, venturing into a fairy infested wood, fall in and out of love at the discretion of a magical flower-wielding trickster named Puck, danced by an endearingly cocky Connor Walsh. At some points, a prior knowledge of Shakespeare’s play is helpful in discerning the motives behind the characters, but if instead your only wish is to sit back and enjoy the spectacle, you wouldn’t be missing out on much.

The opening scene is in Hippolyta’s bedroom, danced by Karina Gonzalez, the night before her wedding. As preparations are made for the celebration, we are introduced to the characters and the tone is set for a light hearted evening. We meet the jilted lovers, Helena and Demetrius, danced by Melody Mennite and Linnar Looris, and the in-love lovers Hermia and Lysander, danced by Ian Casady and Sara Webb. Hippolyta is obviously lukewarm towards her intended, Theseus, but who knows? “The course of true love….” say some.

At this point in the production, Karina Gonzalez is obviously the star. Even for someone as ignorant in balletic technique as your humble reviewer, Karina’s stage presence is extraordinary and she is readily distinguished in form from the rest of the dancers. Melody Mennite is an endearing, bespectacled Helena whose comic pursuit of the floppy Demetrius never gets old.

From the serene, slightly Grecian charm of Hippolyta’s bedroom we are shifted to the forest, where a band of fairies and elves mix up trouble unseen by human eyes. These sequences, while at one point a little long, are the true gems of the show. The mood is eerie, alien and strange but the dancing is beautiful. Often in ballet performances, there are layers of choreography highlighting the central action. In these fairy scenes, at first glance, there is so much going on, but if the viewer shifts the focus to the main action, it is apparent that all movement is meant to focus on the central interaction.

As Titania, Karina Gonzalez is even more alien and stunning. The regal mien of Hippolyta is shed to reveal a strange, alien and otherworldly creature. You can’t take your eyes off of her perfect feet. Here the choreography departs from the more traditional to the very avant-garde. A little kid in the row behind kept asking “are those aliens?”, and even I wasn’t sure what the answer was. I think they were sprites.

Another highlight of the show was the Craftsman, headed by soloist James Gotesky, who is possibly the strongest character actor in the company. James exhibits a lot of physical strength in his dancing and excellent comic timing. He has an improv actor’s silly willingness to engage whole heartedly with his fellow performers, specifically Christopher Coomer, who dances the part of Flute who plays Thisbe in the play-within-a-play sequence that closes the performance.

In closing, even if you’re not a fan, you would still probably enjoy this richly staged performance.